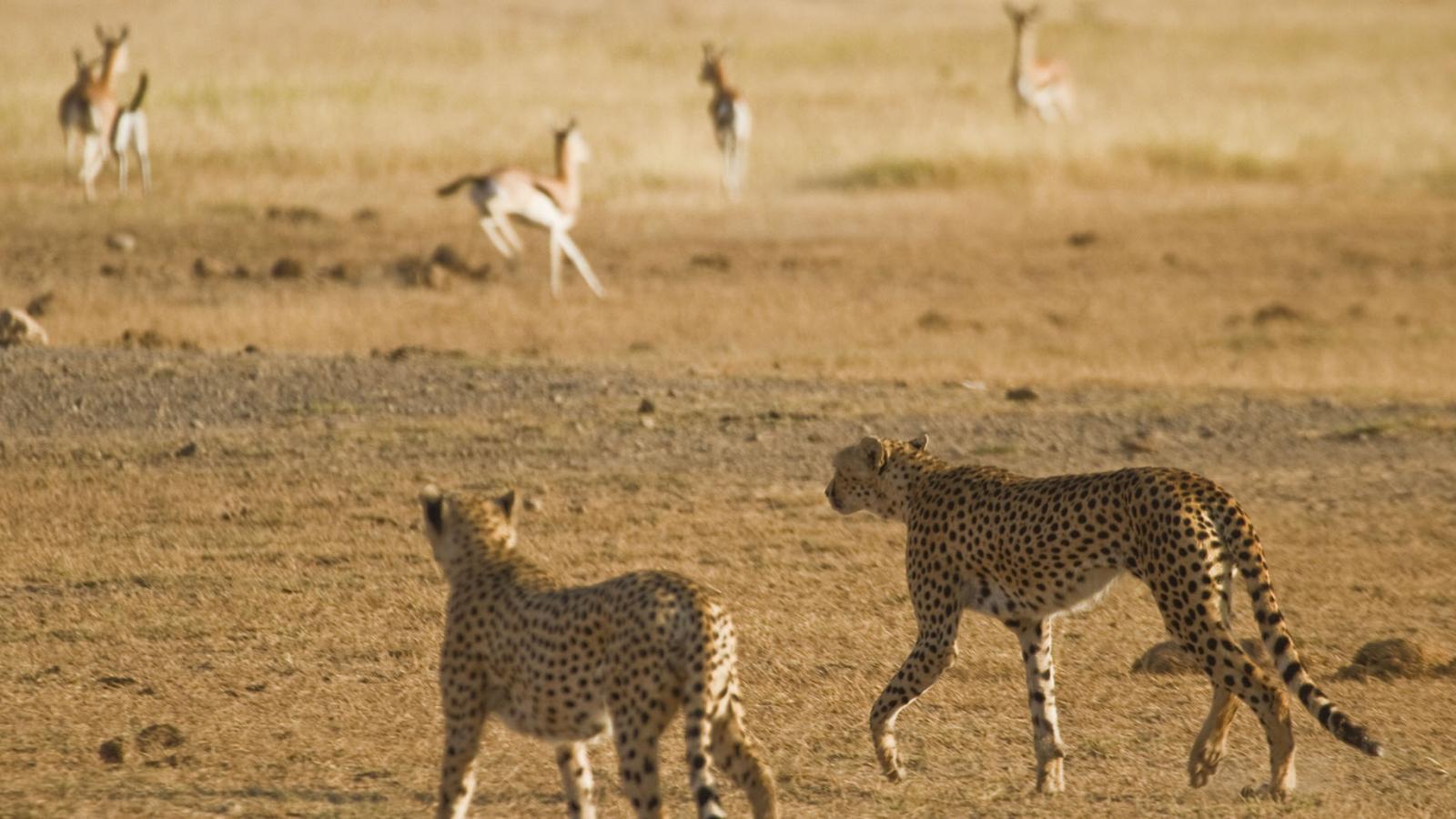 Dusk was falling in the Kitirua Conservancy on the edge of Kenya’s Amboseli National Park. A flat expanse of powdery earth and parched grass stretched before us, dotted with clumps of desert date and umbrella-thorn acacia trees. Beyond, Kilimanjaro’s icy summit peeked out from behind wisps of peach-hued cloud.

It had been a quiet game drive so far, when suddenly the peace was broken by our guide Jonathan’s excited whisper: “Look, a cheetah!” There she crouched, golden and regal in the evening sunlight, with her eyes fixed straight ahead. “Hunting,” he said. “And her cubs are in there.” We noticed the mother glancing over to where they were hidden in a nearby Azima tetracantha (or ‘bee sting bush’).

We waited, frozen with anticipation, until at last, the cheetah leapt forward and sprinted towards a baby Thomson’s gazelle. In a blur of speed, she snatched her tiny prey, dragging it to the ground and overpowering it in a few seconds. When it had ceased struggling, she nervously looked around for signs of danger before beckoning her brood with urgent calls. As the four six-month-old youngsters bounded over, she released the terrified gazelle to give them some hunting practice. It was thrilling, if heart-breaking, to observe the victim’s plight, but thankfully before long the mother put it out of its misery and the feast began.

To add to the drama, an opportunistic male jackal soon joined the party, closely followed by a female. They dashed around the scene, barking loudly and baring their sharp jaws in order to intimidate the cats and seize their prize. But to no avail, as the protective mother repeatedly chased them away, allowing her blood-stained cubs to devour their dinner. Next, a tawny eagle swooped in, waiting patiently a few metres away, also hoping to scavenge a morsel. But when the cheetahs eventually slinked back to the bushes, nothing was left – only the skull and the skin.

I felt deeply privileged to have witnessed such an extraordinary encounter, and was unwilling to depart. But by now, the darkness was closing in and there was a nip in the air, so it was time to return to the camp. As we drove away, the sky was streaked crimson and Lake Amboseli shimmered pink in the evening light. In the distance, a herd of elephants lumbered past, silhouetted against the huge African sun setting on the horizon, and leaving behind them a mystical trail of ancient volcanic dust.