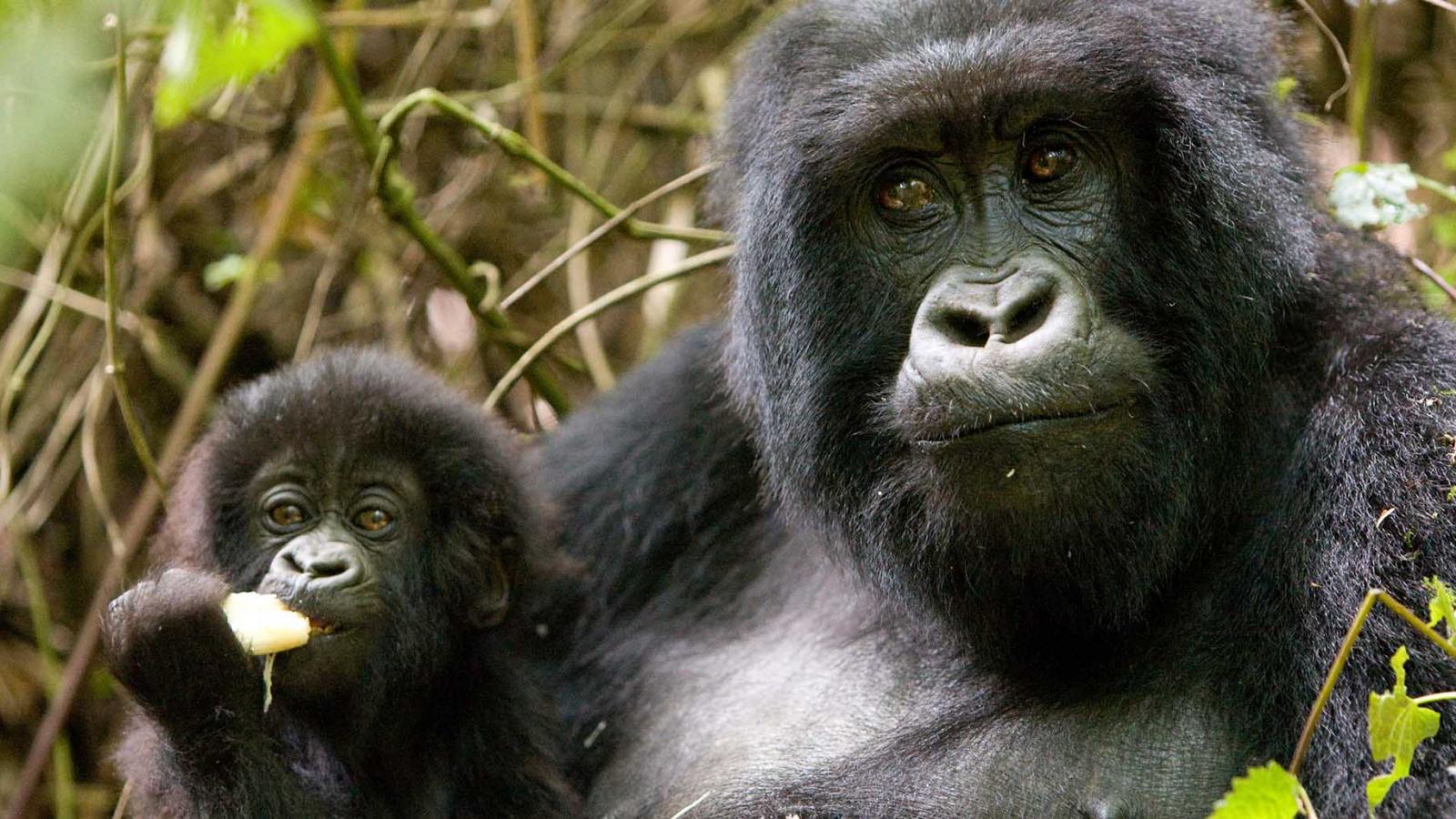 Coming face to face with a mountain gorilla is utterly awe-inspiring. Miranda Challen experiences this incredible wildlife experience for herself.

I have read a number of accounts written by those who have been lucky enough to spend time with mountain gorillas and, as Sir David Attenborough has noted that it was one of his most memorable wildlife experiences, I knew it was going to be awe-inspiring.

In Mgahinga Gorilla National Park, mountain gorillas can be found after an hour of trekking or 10. This makes the day all the more of an adventure.

Our trek went from being incredibly scenic and relatively easy to following closely behind our guide while he hacked away with a machete as we ducked, climbed and pulled our way through the dense bush.

I had a close encounter with a beehive. Holding my position at the back of the group (one I had taken on the bike ride and had settled into comfortably), the others in front had ‘woken’ the bees, so when I walked past they covered me from head to toe. Thanks to our fast-thinking porter, I escaped lightly with only two bee stings.

Upon seeing my first mountain gorilla, I thought of Phil Collins. His name was Mark and he looked just like the gorilla in the Cadbury’s advert. He was so human and aware of our presence, I wouldn’t have put it past him to whip out a pair of drumsticks and give us a rendition of ‘In The Air Tonight’.

He sat only a few metres from us, where he drowsily but forcefully tore leaves off the trees around him and munched cautiously. We sat slightly frozen. Mark’s size was deceiving and overwhelming; on first view, he looked like a short, furry ape. Only when he stood up did we see his powerful thighs and bulging arms: Mark was the kingpin.

To the right of him was an older gorilla, the ‘grandfather’ of the group. Old, wise and grey; he sat hunched, playing with his plump hands.

A baby had been born only seven days before, so the mother was hidden from prying eyes deep in the foliage, protecting her new arrival. What fascinated me most was their family unit.

Two brothers, only five and seven years old, appeared from the bushes eager to say hello. They bounded up to us, so close I thought one was going to tackle me for a cuddle. They were so playful. The rangers told us that at this time of the day most of the group would be resting. However these young gorillas were keen to disturb the peace and play up to the crowd.

Only steps away from us, brotherly play-fighting pursued. They loudly wrestled each other, while throwing up leaves comically around them and bashing their hands on their chest.

It looked like so much fun that I wanted to join in. After much tackling and rolling around, a dark shadow appeared behind the young brothers. It was Mark looming over them.

He positioned himself between the two of them as if to say, “Enough!” They sat catching their breath either side of him, still mentally in the throes of a brotherly battle.

Every time the littlest went to reach out and poke his brother again, Mark would step in and remove one of them to groom him. It was captivating to watch them from such a close distance.

Our time with the group flew by and we were sad to leave them, turning back after every few steps to see if we could catch one last glimpse of a shiny, black coat.

Every encounter is different and everyone leaves with their own stories to tell. I feel it is important to mention the ranger’s love and respect for the gorillas and how apparent that was. They were incredibly protective of them and it was clear that the gorillas’ well-being was the priority, which made the experience all the more special.

There is just one mountain gorilla for every nine million people on earth. How lucky I feel to have spent such precious time with these treasured animals. I would do it all again in a flash. 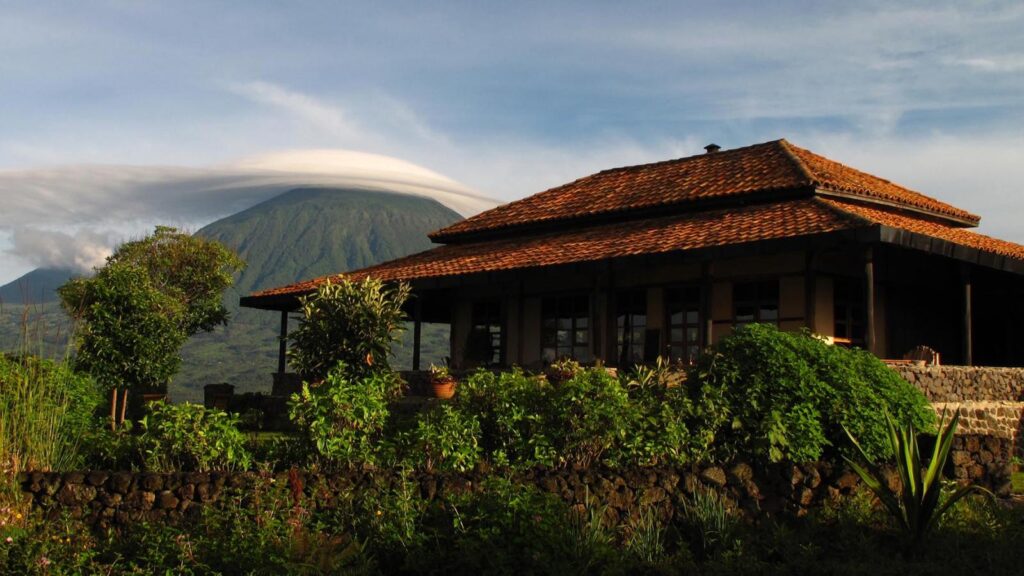 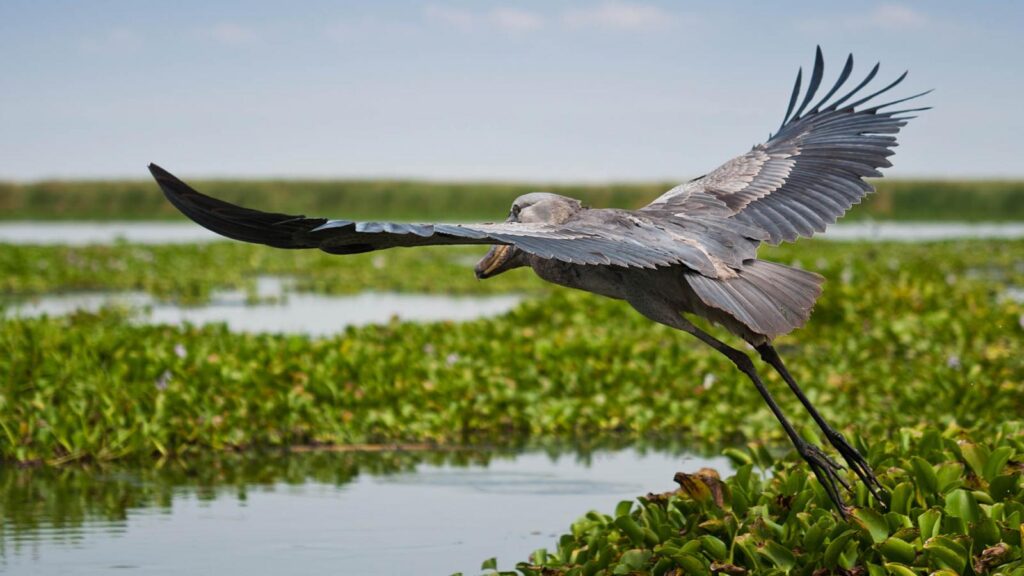 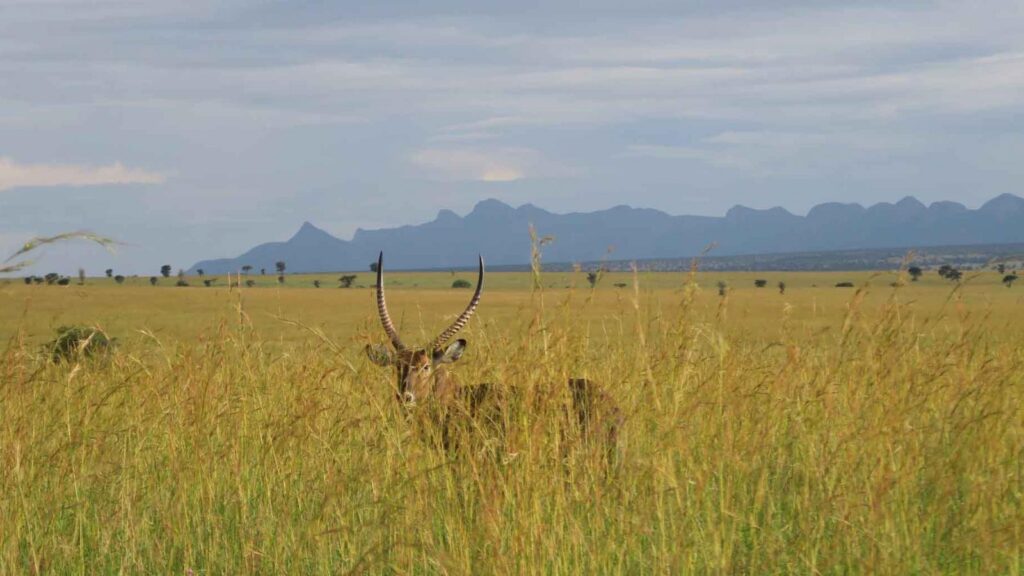