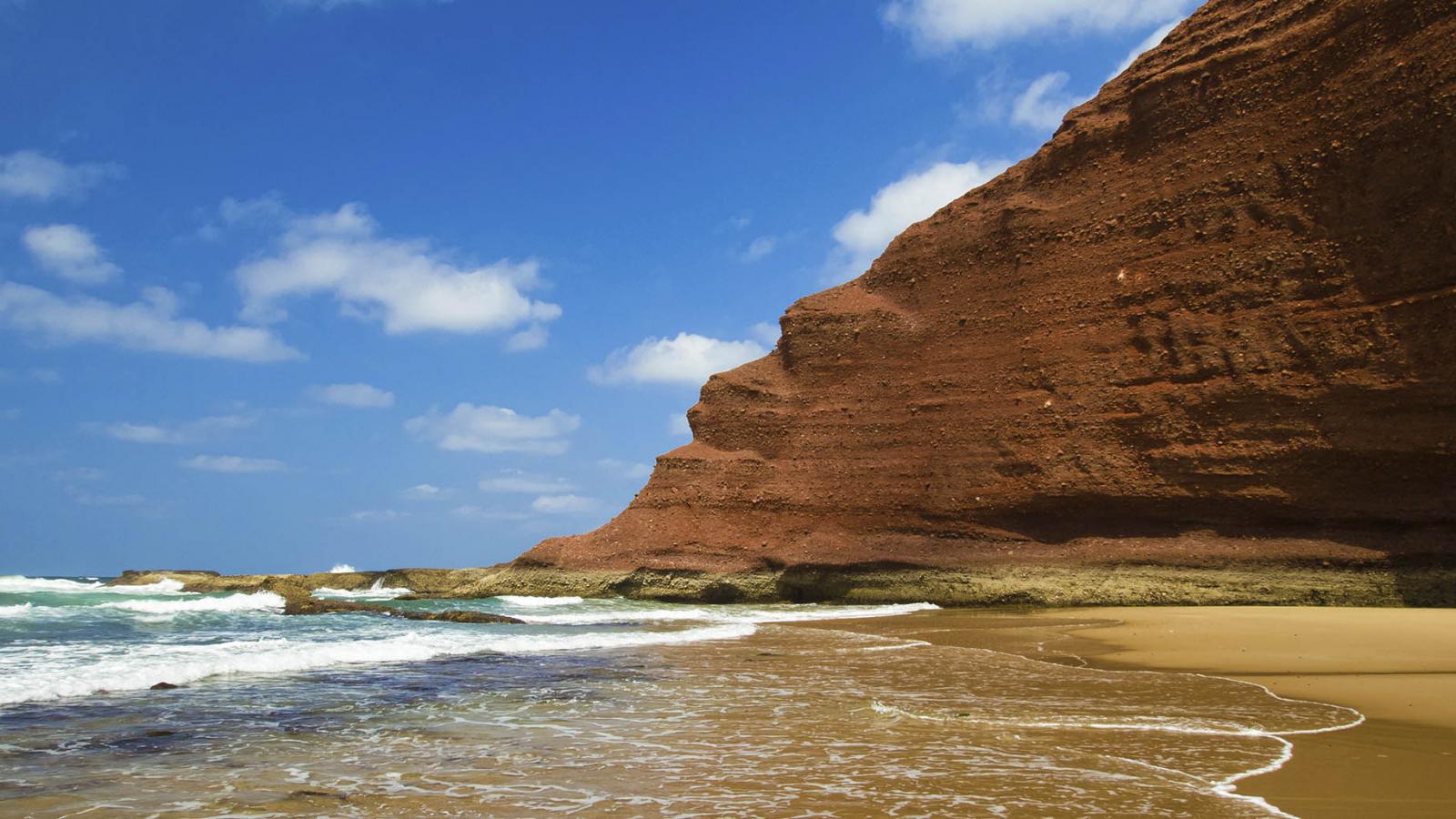 We like to get under the skin of a destination – hence encouraging you to go to southern Morocco, where relatively few travellers venture. Read our incredible 10-day itinerary in the country’s remote south:

Most visitors to Morocco see Marrakech or Fez as their hub – both amazing cities within easy reach of the Atlas Mountains. You can combine some of Africa’s best hotels with sightseeing, souks and superb cuisine – and, a few hours away, trek in some of the world’s most accessible mountains and experience traditional Berber hospitality.

But as always, at cazenove+loyd, we like to get under the skin of a destination – hence encouraging you to go to southern Morocco, where relatively few travellers venture. The region is now much easier to access, as you can fly in and out of Marrakech, Essaouira, Agadir, Casablanca or Ouarzazate from many European cities. Here we have designed an incredible 10-day itinerary in the country’s remote south:

You will start your journey in Casablanca and drive south to the laid-back seaside village of Oualidia. Here, we will book you into La Sultana, a boutique hotel with easy access to the picturesque saltwater lagoon that provides the oysters for which the area is famous. This is beach life devoid of big resorts. Family-run restaurants serve the freshest of seafood. There are canoes and kayaks for exploration and long stretches of coastline for watersports. Birdwatching is spectacular here too, particularly in the spring and autumn, when many migratory species gather, such as flamingos, storks and egrets. Three days here will leave you relaxed but wanting more.

A few hours’ drive further south is the charming coastal city of Essaouira. Protected by Portuguese-built stone walls, the calm but busy harbour is the centre of everyday life, from which the alleyways of the Medina lead to spice markets, shops, handsome houses and restaurants. There is a handful of good, small hotels, from which you can wander the streets or listen to the bustle of the town from the ramparts – with the crashing Atlantic Ocean on one side and the chatter of stall holders on the other. We suggest recuperating here for a couple of days.

Next, it’s time to head into the real Morocco – that of the Atlas Mountains, Berber villages and the southern Sahara Desert. In our opinion, the best way to experience these far-flung lands is to stay in three private houses, each one four hours apart by road. In every place, you will have a private guide and host, who will prepare dinner after your outings and light incense and candles to make your evenings luxurious yet authentic.

Your first home from home will be a night at the Maison des Arganiers, which lies in the hillside village of Azrarag. You will be hosted by a Berber family along with a European manager, and together they will turn the experience into one of great sophistication but always based on Berber tradition. The whitewashed house has three ensuite bedrooms, which are beautifully decorated and equipped with all the modern-day luxuries. A typical morning here might include a leisurely breakfast on the terrace and a guided walk through the tiny hamlet, talking to villagers, observing the gentle pace of life and ending up in an argan factory. At the end of the day, you might feel like a massage before dinner under the stars, both of which will be arranged at a time to suit you.

Your next stop is Maison de l’Oasis, a rammed-earth house in Morocco’s largest inhabited oasis, in the old caravan town of Asrir on the edge of the Sahara. Here, you can explore the village and surrounding irrigated fields and date palms on a mountain bike, and have tea and dates with a village elder. You will then cycle back to the cosy privacy of your own house, where fires will be lit. After dinner, we can arrange for Casablanca to be projected onto a garden wall and popcorn served under a clear night sky. We would suggest spending two nights here.

Your third and final private house is the Saharan-style Maison Rouge in the village of Aojou. En route to this remote hideaway, we can set up breakfast in a spectacular, craggy valley, where the only noise is the goats and the distant call of the herder. You will continue onwards via dusty roads that have distant views of the Anti Atlas, until you come across the 12th-century granary fortress of Amtoudi, perched on a huge, rocky outcrop. On the rooftop here, we will organise a sumptuous lunch, after which you can explore the labyrinth of passages, storerooms, beehives, chickens and water tanks that were vital to the village’s survival under siege. Arriving at the understated luxury of Maison Rouge, you will have a welcome hot shower, followed by a stylish dinner in the courtyard. Staying here for a night makes you feel very much part of the ancient traditions that sustained life on the edge for centuries of residents, traders and camel caravans alike.

The drives are long between these three houses but you are unlikely to see another tourist and you will begin to understand the hardy yet hospitable Berbers of southern Morocco. Habitat and weather conditions have been harsh and, centuries ago, raiding parties had to be repelled and resources protected. As a result, community is essential to them and fiercely defended as the modern world encroaches. It is a rare privilege to witness such sentiment endure and to spend time with people who are passing their way of life down from generation to generation.

To complete this fantastic adventure, we would urge you to spend a couple of nights at Dar Ahlam – in our view, the best small hotel in Morocco. A modern take on a kasbah, and set in landscaped, irrigated gardens, the hotel is like a dream. Excursions can be taken to neighbouring towns and valleys, or you can just relax by the pool or enjoy the hammam. Every night, a private dinner is laid out just for you as a theatrical ‘mise en scène’ in the garden, on a rooftop or in an unseen courtyard. This is an oasis if ever there was one.

The ultimate 10-day road trip along the Moroccan coast

Shopping in Marrakech with a top personal shopper 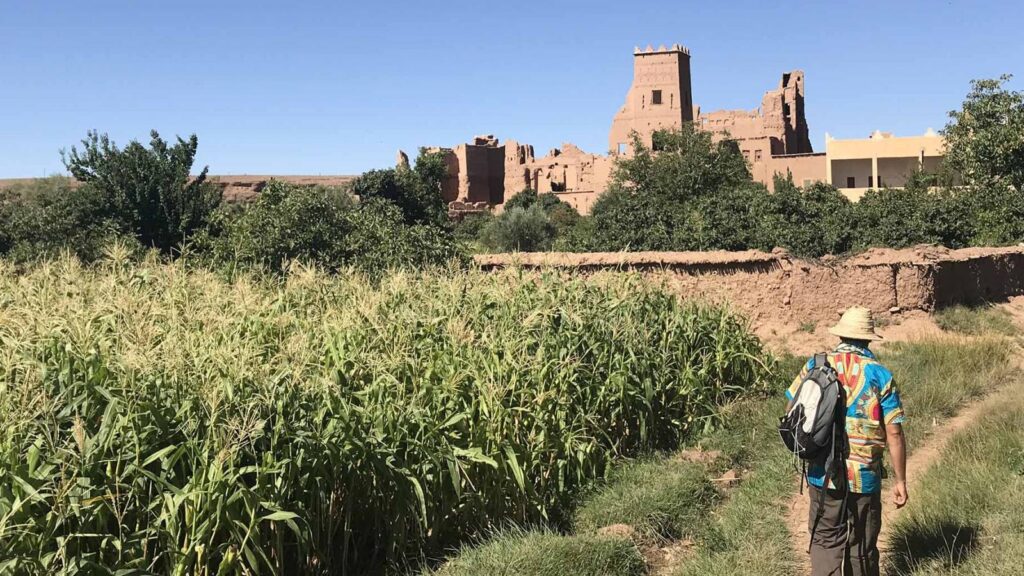 Why a mountain village experience is unbeatable