How to explore Kenya with your family 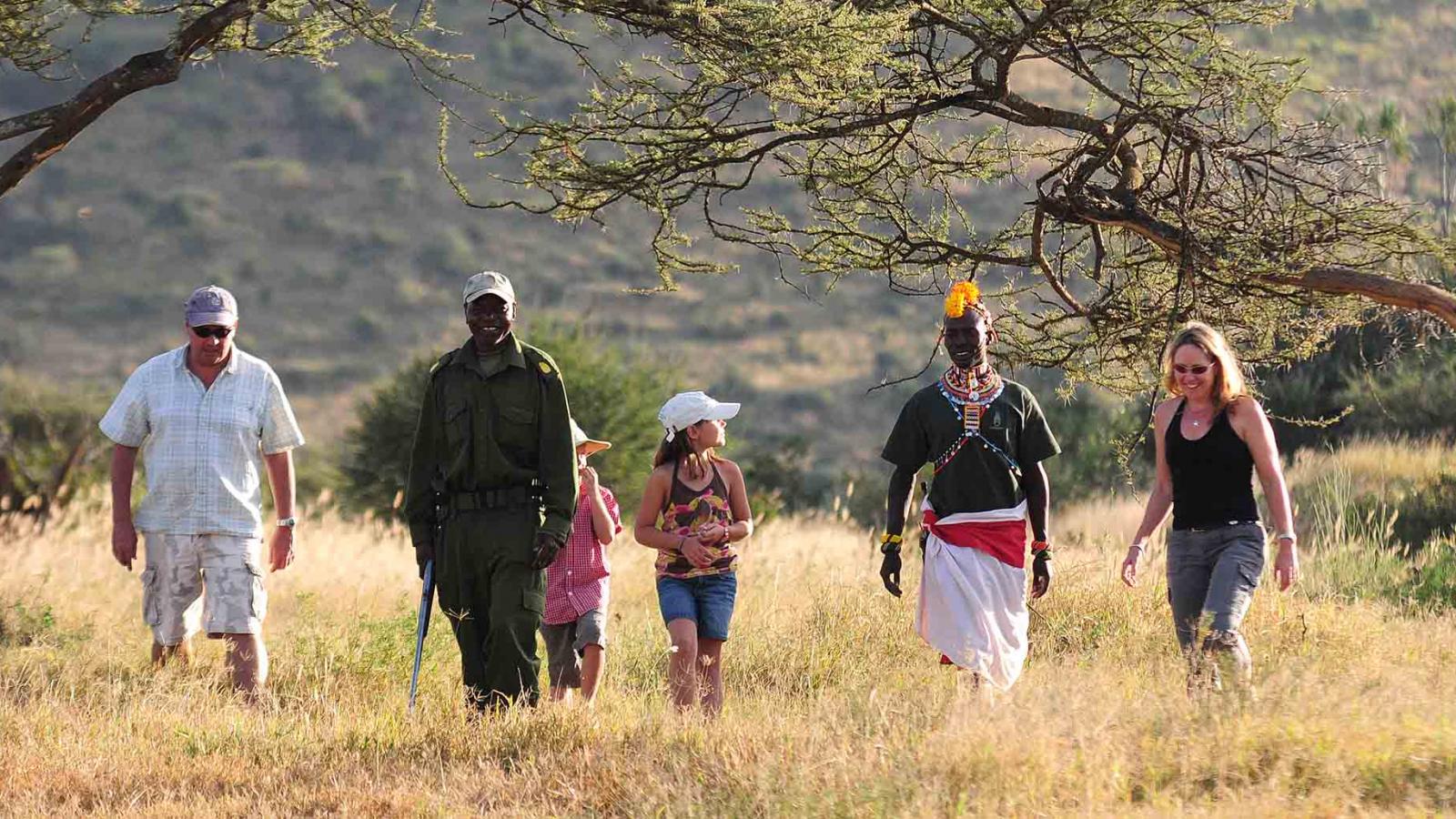 A family holiday in Kenya can throw up so many options in terms of bonding. Many of the camps will offer a nights ‘fly camping’ which basically means sleeping wild, with nothing but a fly sheet between you and the stars. Tales are often relayed by the guide around a campfire before you bed down for the night, after a hearty meal which has been cooked and served up right there in front of you.

I was fortunate enough to have spent the first 5 years of my life, growing up on a decent-sized farm in deepest darkest south Shropshire. I was very lucky, no such things as computers, internet and iPhone’s then, so my time was spent running around the few hundred acres under the watchful eye of my parents, pretending I was the farmer and that had the biggest tractor. Neither were true but none the less I was lucky and I will always be grateful for those times outdoors – it’s what I think has, down the line, both drawn me to Africa and given me such a fondness for the wild.

I was an adult when I first set foot on the continent, but having explored every continent other than Africa and Antarctica it was only a matter of time. Childhood lifestyle aside, I had great family holidays I just wish I could have gone to Africa, more so Kenya, sooner. I see so many children, teenagers, young adults with their faces glued to their phones, worried about this and that and statuses when really there is so much more in this world that actually matters – and Kenya is a place where this can be realised. I wish I could have had the opportunity to be driven around in a big four by four to see the largest animals in the world, up close, doing their thing. They’re big now, so who knows just how big they must look to a 5 or 6 year old child. Pretty massive I reckon.

A family holiday in Kenya can throw up so many options in terms of bonding. Many of the camps will offer a nights ‘fly camping’ which basically means sleeping wild, with nothing but a fly sheet between you and the stars. Tales are often relayed by the guide around a campfire before you bed down for the night, after a hearty meal which has been cooked and served up right there in front of you. How I would have loved to have returned to school, after the holidays to tell my friends that I had slept on nothing but a bed roll under the huge African skies, to the sounds of lions and hyenas calling out in the distance (yes- you are correct to assume that it would not be the most relaxing sleep of your life, but that’s what makes it so brilliant).

I would also have loved to tell everyone how the next morning after roughing it we went out and tracked said lions with the help of some of the friendliest, well trained guides/people you could imagine, and how we stopped for cake and drinks whilst watching giraffe imitating us and refuelling on trees.

So many of the camps really do have a big push towards the family aspect, ensuring that the kids are constantly occupied but at the same time being able to lay on special things for the parents. In the north, around Laikipia, there is no shortage of activities; rafting, swimming in waterfalls, camel riding, walking safaris, horse riding, tracking of all sorts of animals, the list does go on.

Down in certain areas of the Mara, plenty of activities can still be found however the eco-system doesn’t vary quite as much as Laikipia, which in turn offers up little in the way of swimming for example. Trust me you wouldn’t want to swim in the Mara river for too long. With that in mind, I did do a morning’s walking safari in the Mara once and it was nothing short of amazing – something that I can only imagine would have been fascinating as a youngster.

The camps have great food, not so much fine dining, but proper whole-hearted rocket fuel to get you through the day – and the beers are always cold, as is the coca cola. And of course, any special requests/dietary requirements can be catered for with the right amount of heads up. How I would love to have told my friends at school how I helped cook the juiciest burger on an almost open fire out in the bush. Or even that my birthday fell on a day that we were at this amazing camp, so as a surprise the chefs baked a cake just for me and they all bought it out to me singing Happy Birthday in Swahili whilst dancing and clapping, completely embarrassing me. This actually happened on my recent trip to Kenya – slightly mortifying.

No matter what, and time and time again when we send families to Kenya, they come back with stories that so often take up a page of A4 paper or hours to retell, and memories that will last them all a lifetime. If you’re thinking of a holiday that will put smiles on faces every day, amaze you and in ways maybe change you, then a family holiday to Kenya should be very, very high on the list.