The Perfect Proposal in Marrakech 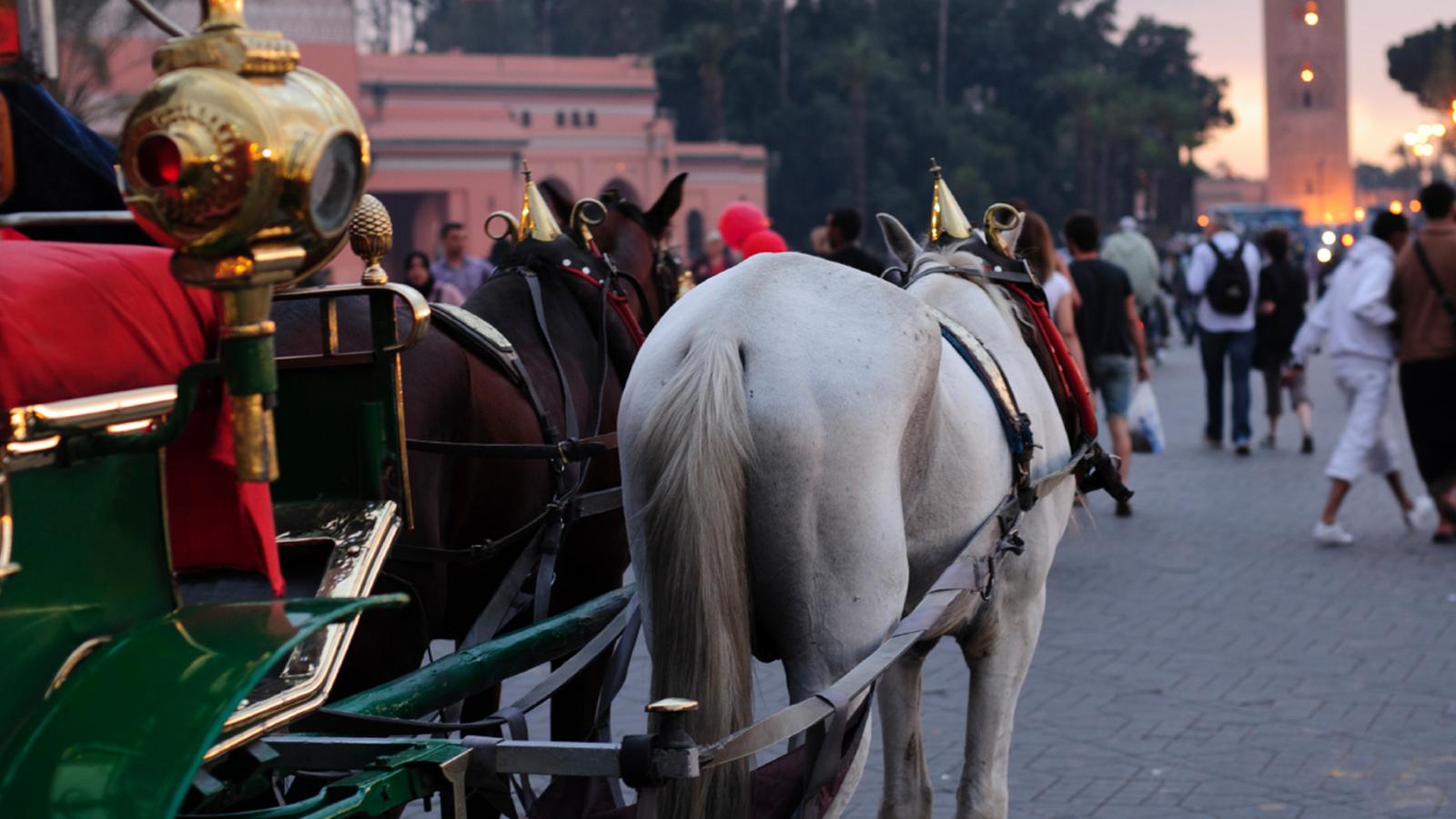 I wanted to go on a break away with the possibility of some winter sun, so I approached Christoper at cazenove+loyd. He recommended Morocco and in particular Marrakech. I also had a hunch that I wanted to propose to my girlfriend, Tamara, although she had no idea and I didn’t have a ring or any plans about the future. So I booked the trip to leave London with a week’s notice. All that was left to do was to tell Tamara to keep the weekend free and for me to find a ring.

I managed to keep everything hush-hush and Tamara only realised she was travelling to Marrakech at the airport. What’s truly remarkable is the fact that only a short flight of three hours results in the sensation that one is in an environment that could be mistaken for somewhere much further afield. Once we touched down and were on our way to our riad we realised that the city still relied on power from giant wood furnaces. The smells of burning timber and spices evoked a timeless feel but no sooner were we adjusting than we were approached by an inquisitive local. My Berber was limited but I got by with a bit of French and English. It would be fair to say that verbal exchanges or bartering involve a certain amount of personal space infringement but what we learnt was to smile and realise that everyone wants you to experience their culture as much as possible. It’s very different but really exciting. Our guide, Brian (or Brahim as I later realised), taught us to look for distinguishable features for navigation and this really helped when we explored on our own.

We were recommended to visit the fantastic Le Fondouk restaurant. Part of the charm of Marrakech is the intricate alleys and streets and the surprise when you walk through a hidden door to a courtyard of tropical vegetation, beautiful mosaics and amazing use of space. This restaurant was no exception. It had a great atmosphere and the food was brilliant.

All the hussle and bussle of Marrakech was fantastic but I wanted some contrast, so on Chris’s advice we headed up to the Atlas Mountains. Just an hour later we arrived at one of the most naturally beautiful spots I have been to and the Kasbah Bab Ourika. There are not many places in the world where one has the combination of snow-capped mountains, hot sunshine and unspoilt, tough rugged vistas but this and all in bright sunshine with a dusting of fresh snowfall on the distant mountains. I knew this was the spot that would be etched in our minds forever so it seemed a perfect place to ask for Tamara’s hand in marriage.

After shaking off the effects of several bottles of wine the night before (Dutch courage?), a beautiful morning gave me the opportunity to lead Tamara to another wonderful vista where I finally got down on one knee and popped the question. Visibly shaken but coherent she said’ yes’.

Tamara keeps asking me: ‘How did you plan it? How did you know where to go and what to do and what if I said no!?’ Quite simply Marrakech has the diversity to offer the unexpected. A simple walk from A to B is transformed into vibrant sights and sounds. However if she had said ‘No’, I also figured that it’s also quite hard to get back to the UK with no passport or flight details.

An interview with designer, Cassandra Goad

The ultimate 10-day road trip along the Moroccan coast

Shopping in Marrakech with a top personal shopper