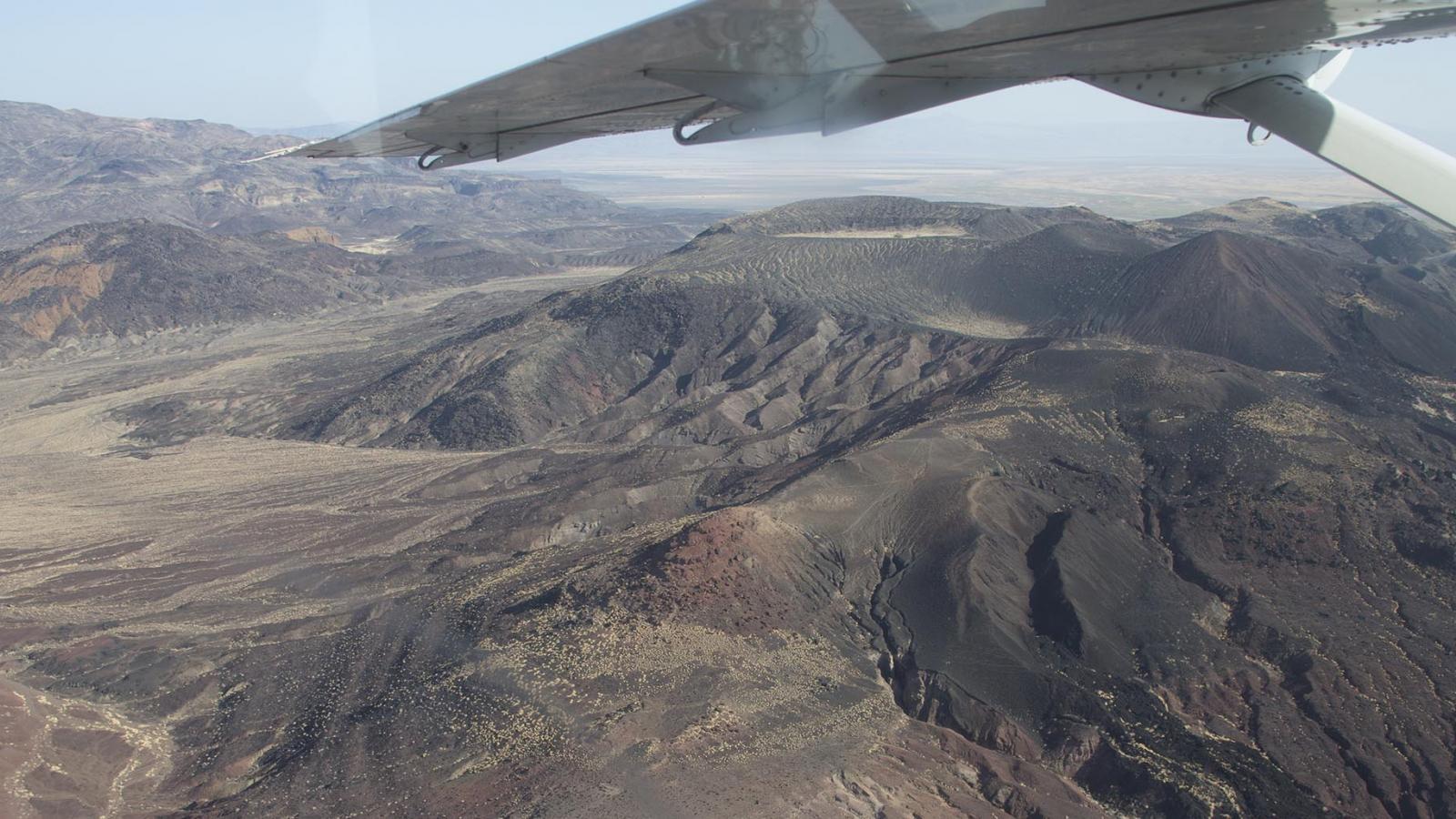 Part of my adventure in Kenya saw me travelling north to one of the most arid and remote regions of the country: Turkana. Still considered fairly uncharted territory, this is an area of stark contrasts. The only real way to get up here is to fly. The faster, least dizziness-inducing route is in a light aircraft. Alternatively, one could opt to jump aboard a helicopter, dipping down low over the valleys, rivers and rock formations. The journey takes almost a full day in the air, but you have the option of making stops along the way, stepping foot on wild land that has been uninhabited for thousands of years.

Climbing aboard the fixed-wing light aircraft, our Tropic Air pilot, Dungu, turned around and smiled at our group of nine very apprehensive passengers, all of whom were waiting in anticipation to take off, not sure if we were quite ready for our next destination.

The Sugata Valley is one of the driest parts of Kenya, with dramatic rises and falls in landscape resulting in incredible, sweeping views over the Kenyan Rift Valley. The scenery to the east and west is dotted with volcanic cinder cones, large outcrops of rock that have been formed after millions of years of being exposed to the elements.

Turkana is a photographer’s dream. My first impressions of this otherworldly land had been formed by Peter Beard’s haunting images of the Turkana tribespeople, much of which is documented in Eyelids of Morning: The Mingled Destinies of Crocodiles and Men by Alistair Graham and Peter Beard, first published in the 1970s. In reality, it was even more awe-inspiring than I could have ever imagined. Lake Turkana itself stretches for kilometres, giving the impression of an inland jade sea, fringed by palm trees. It is the world’s largest permanent desert lake and the largest alkaline lake on earth.

Below, you will find a collection of my photographs of the Sugata Valley and Lake Turkana taken from the sky. A scenic flight over this jaw-dropping corner of Africa is an unforgettable experience that I would strongly recommend to those intrepid explorers who yearn to get their pulses racing and experience somewhere that has to be seen to be believed.