Indonesia is home to some of the world’s most biodiverse marine areas. On his recent trip, Christopher Wilmot-Sitwell learnt about conservation efforts in this fragile ecosystem

Sometimes a set of statistics, however obvious in retrospect, just stops you in your tracks. The one that hit home with me was in an old National Geographic magazine I picked up over Christmas: the oceans cover 71% of the earth’s surface and contain 97% of the earth’s water; and 95% of the ocean is unexplored. Perhaps somewhere in this, there is hope.

Images of plastic in the ocean and reports of depleted fish stocks are the common stories of gloom that we consume every day, but maybe in its unexplored immensity, the ocean has some answers and some reason for qualified optimism. 2019 was relentlessly grim on land with images of wildfires in California and Australia, and the worrying depletion of the Amazon in Brazil. So I looked to Indonesia and its seas for hope, and in November, embarked on the inaugural voyage of the explorer yacht, Aqua Blu. The country, which comprises more than 17,000 islands and has a coastline of some 57,000km, has at least 25,900 sq km of coral reefs – which is 8% of the world’s coral reefs.

Over a wonderful 12 days, we travelled from the island of Bali to Flores via Mojo Island, Saleh Bay and the Komodo National Park. Throughout the journey, I was constantly astounded by the largely unspoilt reef and the diversity of marine life we spotted on diving and snorkelling outings. It was also fascinating to speak to the onboard guides and naturalists at length about the challenges and successes of conservation in the area.

Aqua Blu also explores two of Indonesia’s most spectacular and pristine areas: the Raja Ampat Islands and the Spice Islands, both in the north-east of the country. These are two of our favourite Indonesian destinations and particularly famous for their biodiverse marine life. Deciding where you would like to travel is likely to be dependent on when you would like to travel due to Indonesia’s distinct climates. For example, the best time to go to Komodo National Park is June to September; the optimum months for the Spice Islands are October and November; and for Raja Ampat, we recommend travelling between November and March. The latter is an area that does not have the land-based infrastructure to support high-end tourism, so travelling by boat is the only way to experience these captivating, far-flung isles.

Komodo, Raja Ampat and the Spice Islands are all part of the Coral Triangle, known as the Amazon of the Seas, which stretches from the centre of Indonesia to the Solomon Islands, and up from the Indian Ocean across the Philippines to the Pacific. This incredible part of our planet is a fragile ecosystem that must be protected for future generations – which is where the Coral Triangle Center comes in. Set up by the US-based Nature Conservancy, this organisation is located in Bali, where some of the coral has been badly affected by bleaching. However, it works in many of Indonesia’s marine areas, including Komodo National Park and Raja Ampat. The centre hosts some of the increasing number of researchers looking at coral depletion and regeneration in Indonesia.

On my voyage, one of our guides, Cas, told me how Raja Ampat is a biodiversity gold mine, and at least for now, remains an unspoilt example of the richness of the coral ecosystem. It is a divers’ nirvana, and Aqua Blu has one of the best dive teams available. The area’s pristine reefs consist of mile after mile of vivid red, pink, yellow and purple coral of varying depths, offering world-class sites. It is home to more than 1,000 marine species, such as wobbegong sharks and giant clams. Diving and snorkelling are at their best here from December to March.

Due to its remoteness, Raja Ampat’s coral is also less damaged than many areas, so vital research has started in earnest. However, the deeper coral reefs of this volcanic region are difficult to access and there is still a lot to be learnt.

Coral reefs support an estimated 25% of marine life and are a significant food source for half a billion people worldwide. They also generate significant income for tourism in Indonesia, so there is an economic incentive to conserve them. In northern Bali, there have been encouraging initiatives to put concrete structures on the seafloor to provide a protected environment for baby corals to settle and grow. In the last two years, three-dimensional imaging technology has also been employed in digitisation and analysis, which could lead to the rapid expansion of more sophisticated coral bed regeneration. Researchers are also working in the area to identify ‘super corals’, and even genetically engineered corals, which are less susceptible to warmer sea temperatures.

While coral regeneration initiatives are encouraging in Indonesia and elsewhere, best-practice fishing and marine-park establishment combined with well-run tourist initiatives can together help keep people and habitat in harmony. Indeed, expedition yachts can be the eyes and ears of conservationists and can also bring necessary income to the region and encourage its protection and marine park status. Setting sail on one of these boats can be a great way of supporting conservation initiatives and bringing income to the area. They provide employment for onboard staff and support teams on land, as well as raising income from fees for conservation. Aqua Blu is already working with the community in Komodo to clean up the plastics that the currents bring into Horseshoe Bay in a fragile part of the national park, and it is looking to finance new ranger stations in some of the more remote parts of this huge marine conservation area, home to about 1,500 Komodo dragons.

Until I travelled to the Galápagos Islands a couple years ago, I had never seen myself as an ocean-going creature but it struck me then how much I was missing out on. My experience onboard Aqua Blu underlined that realisation. There is now a new breed of small, expeditionary yacht that is a complete departure from the traditional ‘cruise market’ I had previously held in such disdain.

My days on the Aqua Blu were busy and active as well as educational and inspiring. It was about getting out there and exploring rather than lying back and indulging – about kitting yourself out for an adventure rather than dressing up for a gala dinner. Most importantly, the pioneers who run these expeditions and the guides who look after those onboard are not only engaged with the habitat that they are showing their guests but also part of its urgent conservation and its future. Government action supported by low-impact tourism is at an exciting stage of understanding and cooperation. The government and park officials we met en route are already progressing some brilliant initiatives.

Aqua Blu brings a new level of expedition to the region. An ex-British navy vessel fitted out as a sleek 15 cabin motor yacht, it is designed specifically to reach the least-explored waters, where the deeper coral systems have not been bleached by post-El NiÃ±o higher sea temperatures. Eastern Indonesia is also less populous, so there has not been as much illegal fishing. In the past, the disastrous fishing practices of dynamite and cyanide have been challenging to police, but from now on, this boat will be part of the solution by its mere presence in remote areas.

Indonesia is establishing marine parks to protect biodiversity and encouraging responsible tourism partners to operate in some of the most vulnerable environments in Asia. Aqua Blu is the first of a select band who may change the way tourism positively affects habitat conservation. My trip made me believe that there are certainly grounds for hope and optimism in this enchanting region. 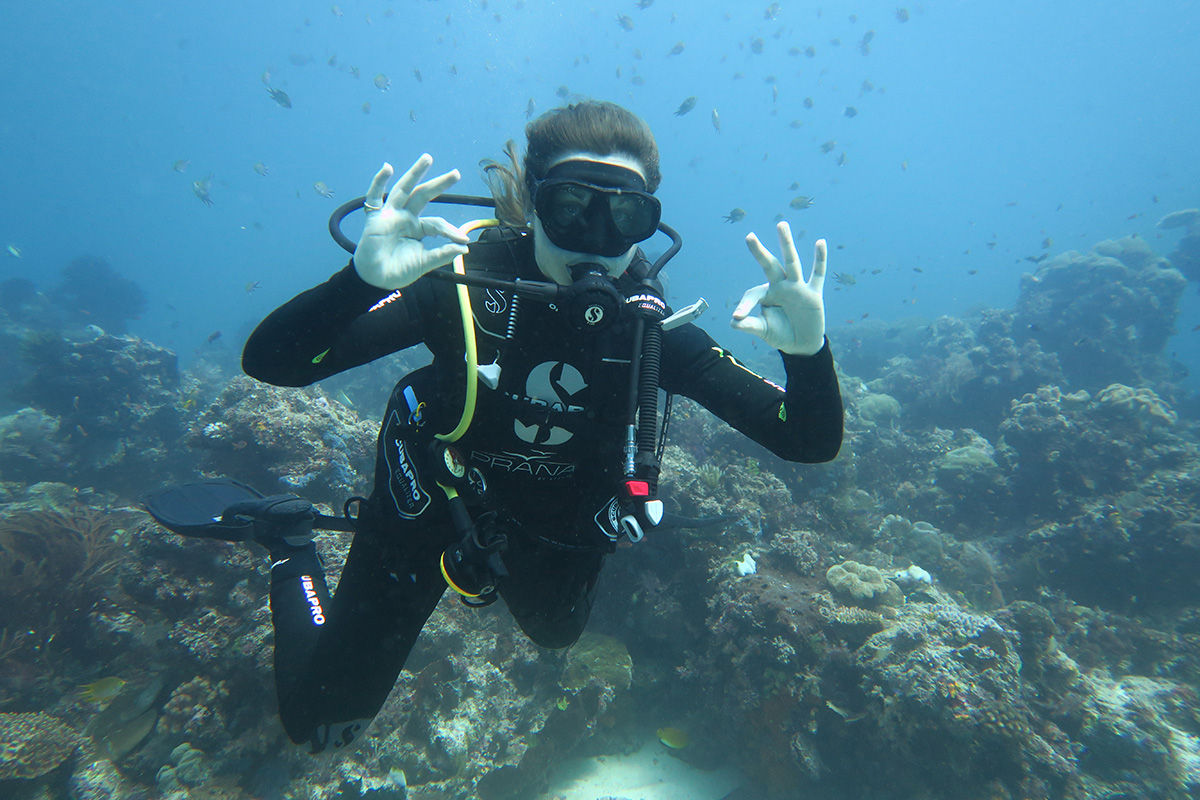