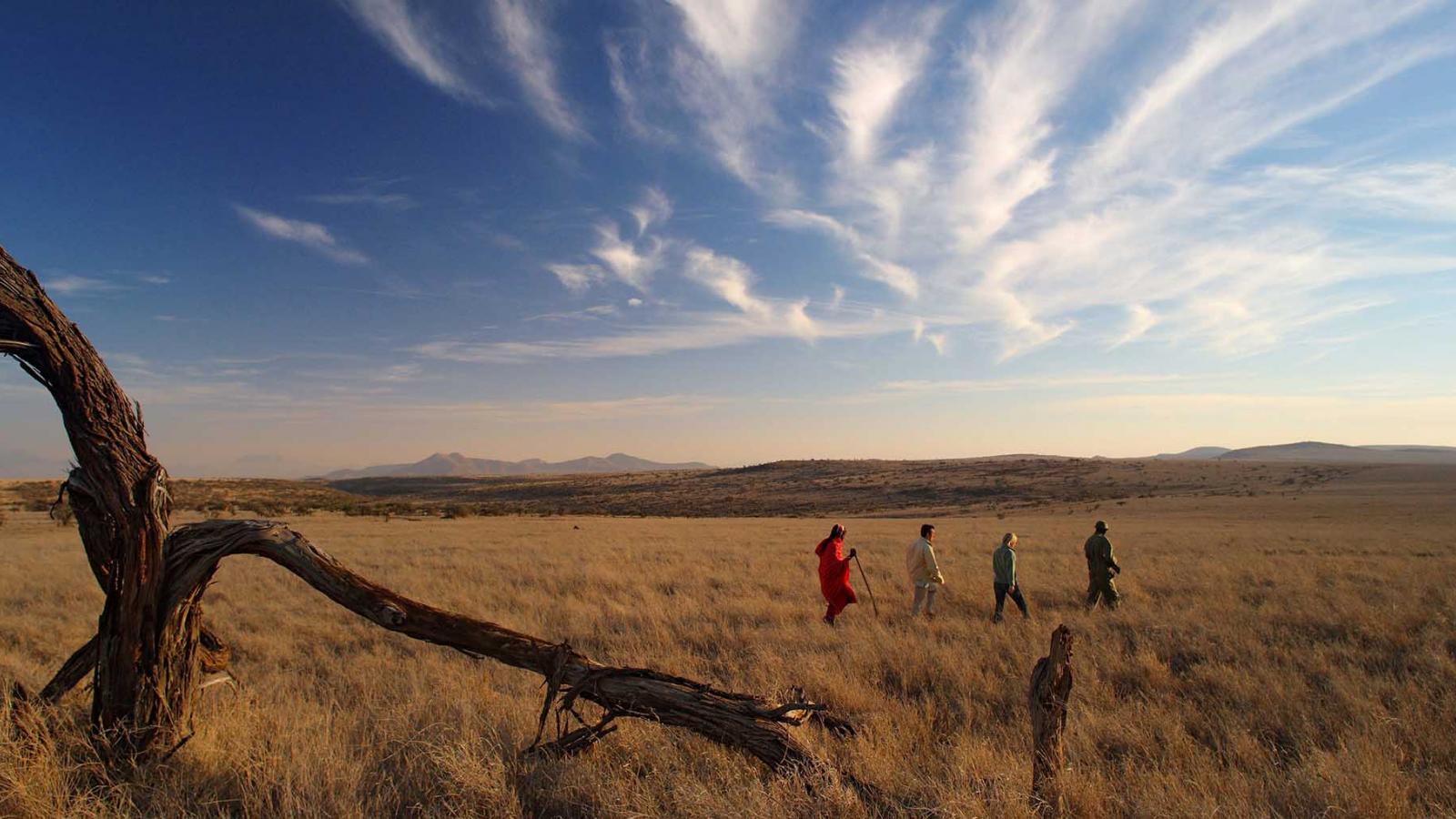 Leaving a cold, wet, London in search of some African sun was a very exciting prospect. I was due to spend three days in and around Laikipia, Lewa and Borana before flying south to the Mara for another three days, to see out the end of my trip.

Leaving a cold, wet, London in search of some African sun was a very exciting prospect. I was due to spend three days in and around Laikipia, Lewa and Borana before flying south to the Mara for another three days, to see out the end of my trip.

To those that know Kenya and its conservancies and parks, Lewa might ring a few bells regarding some serious, and very successful conservation efforts, particularly, for the rhino. A big part of this trip was centred around trying to understand more of how Lewa became such a success with its rhino conservation, how it became possible, how it was realised and who was doing it. On landing from my hour long flight from Nairobi, into a foggy Lewa with curtains of rain on the horizon, I was met by my guide for the next 24 hours from Lewa Safari Camp, Alex and an ex ranger named John. Whilst John did not speak much English, I did find out was that the blind rhino we came across on our first drive was his favourite.

The story of the blind rhino was sweet but a quick lesson in one of the ways they are protecting and boosting the numbers of rhino. Due to this rhino being blind, they (the rangers) would proceed to take any calf away from her so as to protect it for her. Being blind would mean she would not be able to protect the calf from any danger so by taking the calf away, the rangers could raise the calf in a safe environment. On occasions, they would bring the mother in for breeding as well then track her until she gave birth. Simple, but effective thinking, really.

To give an example of how real, scary, and sad the state the rhino’s were in, in the 70’s the numbers of black rhino plummeted from 20,000 to a mere 2,000 from both poaching and interaction with local communities who would just kill them. Shocking. Known as the ‘plight of the black rhino’ the numbers would continue to fall until there was a low of just 63 in the area. And now it may not seem like a huge number, but through the realisation of a lady named Anna Merz in the 80’s, the number has now slowly risen to 143 (at time of writing). Anna was a livestock farmer who was watching these great prehistoric animals disappear from her vision of what she called home and knew something had to be done to help the rhino. She started by fencing off 5000 acres of her farm and spending much of her time, feeding and caring for the rhinos, sometimes walking with them too to keep them protected- something that takes massive courage. Now the area employs 120 rangers, including trackers, as well as a full-time vet that is trained to not only attend to rhinos but zebra, elephant, plains game and many other animals that might have developed an injury. As well as this, they are creating a better education system for local communities so the next generation can learn how such a thing as conservation can not only help their immediate surroundings but also the experiences of the many numbers of visitors such as me.

Seeing through the rain I was captivated by all of this. In an area of Kenya that in my mind drew similarities of my home county, Shropshire, and the far-flung areas of Victoria, Australia I found myself having a fair whack of my faith in humanity, restored. It was impressive, these amazing animals are fascinating to watch and to think that they almost weren’t going to be there is deeply saddening. However, they now stand a great chance of returning to a very healthy number. They aren’t alone in their fight for survival, the Grevy Zebra (zebra’s that have ‘stripes’ closer together than the common zebra) numbers have also been dwindling, their hyde being the target of poachers. The zebras are also getting the attention they need now too. It really is a great success story, what is happening in Lewa. If anyone is looking for an almost ‘feel-good’ factor within their safari experience then Lewa is the place to go. There is also another place which really grabbed me, and that was on the border of the Mara and Serengeti (Kenya/Tanzania).

Having made my way up from Lewa to a private concession called Mugie, where I spent 24 hours (and actually managed to meet two bloodhounds, the dogs handled by rangers) it was time to head south. From a small airstrip in Loisaba, I was collected by a small plane bound for the Mara…

I was to stay at Cottars Camp. Now a fourth generation camp, with its own 6000-acre private conservancy, it has incredible views over both the Masai Mara and the Serengeti. The tents are beautifully furnished, especially the main tent, which stays true to its history. The camp had originally started when a man named Charles Cottar left the USA for Africa to try to replicate the adventures of President Roosevelt, bringing his children along too. Hunting was the main attraction for the camp, and Charles quickly established himself as one of the leading hunting experts and wildlife guide’s in Kenya. Nearly a hundred years later, the camp is still thriving, having moved locations multiple times, and now has its own safari house available to guests. Hunting is now banned in Kenya, and the current owner, Calvin Cottar, has turned not just his, but many a guest’s interests and views heavily into conservation…

At dinner that night it was an honour to be sat with Calvin, and to hear his passions and vision for the future. Cottars run along the lines of the 4C’s (and no, it doesn’t stand for Cool, Calm, Confident and Calvin). They actually stand for: Conservation, Community, Culture and Commerce. The day I arrived, Calvin had had meetings with around 30 members of the local community to discuss plans for the future as well as how they can help them. One of Calvin’s main points of discussion is the idea of ‘leasing’ land from the local tribes, and this is a huge way of promoting conservation as I will try to explain now:

I could go into the facts and figures of hunting and its (positive/negative) effects on conservation, but I’m worried Calvin might read this and I will have got those facts and figures wrong and I would feel mortified. He spoke about all things conservation over about three hours at dinner and there was so much to remember that it almost turned my brain to mush. I mean that in the best way possible because for those three hours, I was silent, humbled and just so interested and mesmerised by the way Calvin got these facts and opinions over. It really was impressive and I would go back and sit and chat for hours on end if I could. Unfortunately it was time to return to a freezing London the next day after a quick stop in Nairobi, but as I was leaving the Mara, my brain still spinning from the passion and level of vision for conservation that I had just been let into, I found myself feeling genuinely proud to know that there were people like Calvin who are so dedicated to keeping the Kenya they know and love, the way it should be. And making sure that the people who have been there for hundreds and hundreds of years, get a fair outcome as well, which I feel, is so important.

I could sit and type for hours more, but I don’t want to say the wrong thing, or just simply go on for too long. I will never forget my time at Cottars, however short it was, and I can not recommend enough, to anyone who reads this, to get yourself down there. I would be happy to help!