An unforgettable day in the northern Serengeti 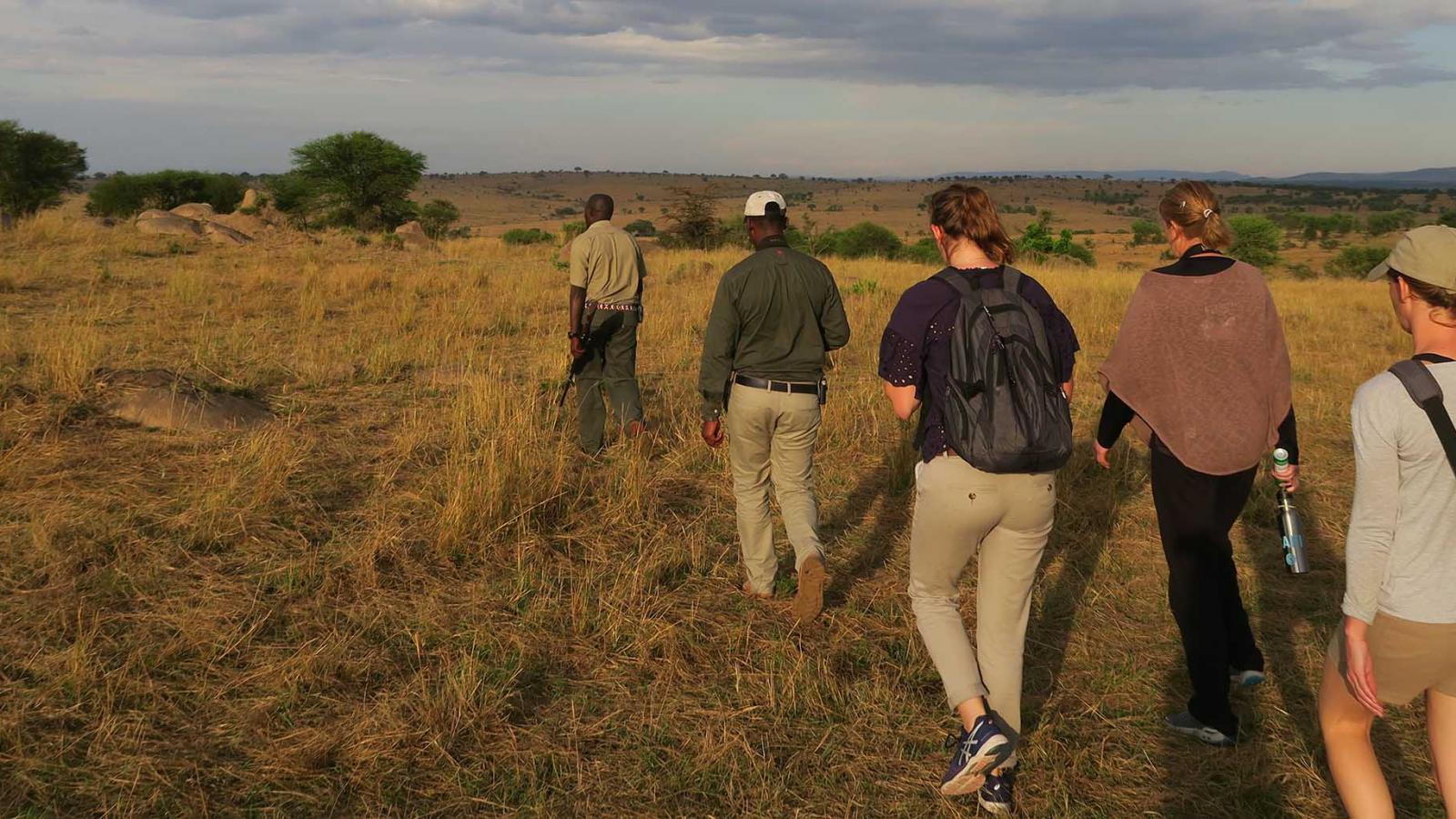 The scenery in the northern Serengeti is breathtakingly beautiful and the wildlife is abundant all year round, even when the herds of wildebeest and zebra move further north or south in their famous great migration. Millie describes an amazing day in this magnificent wilderness.

The scenery in the northern Serengeti is breathtakingly beautiful wherever you are – whether you’re watching the sun go down from a big boulder atop a kopje (a small, isolated hill), surrounded by far-reaching views into the Masai Mara, or observing a large pod of hippo from the edge of the Mara River. The wildlife here is abundant all year round, even when the herds of wildebeest and zebra move further north or south in their famous great migration.

The Kogakuria Kopje rises from the plains and can be seen for miles around. This landscape is home to Nomad Tanzania’s permanent camps, Lamai Serengeti and the exclusive Lamai Private, as well as Mkombe’s House Lamai, which is perfect for families.

I was staying at Lamai Serengeti, where, on arrival, we were greeted by the sight of a large family of rock hyraxes who were all intertwined and fast asleep on the deck. They were far too lazy and hot to welcome us but more than happy for us to coo and cluck around them. They were to offer much entertainment over the next 48 hours in between some of the most phenomenal game-viewing I have experienced in a long time.

Dawn in the Serengeti

The day at Lamai starts with the busy dawn chorus and a steaming cup of tea brought to your room and enjoyed in front of a mesmerising sunrise. We had a potentially long day ahead of us, as we were off to find a river crossing. It was late October and there were a few remaining strands of the mighty migration still in the northern Serengeti doing what wildebeest do best – dithering, going backwards and forwards over the Mara River, but in theory, travelling south from Kenya’s Masai Mara to the southern Serengeti’s Ndutu area.

While we were tucking into our breakfast, I spotted our guide, Rem, glued to his binoculars. I asked him what had caught his attention. He handed me his binoculars and pointed to a small kopje down the hill in front of the camp. Three lionesses lay there regally in the first rays of sunshine surveying the savannah. If we were quick, we could get up close, so off we scurried. We were all keeping our eyes on the main prize, as we whizzed past a large herd of buffalo and a troop of baboons, when the vehicle stopped abruptly. Silently, Rem grabbed his binos and, after a while, smiled. He pointed to some rocks and there we saw a large male leopard under a tree.

Suddenly, he made a beeline for a young buffalo that had strayed from the herd and soon had him by the throat. The struggle was on and I thought I was about to witness my very first kill. I watched with my hands over my mouth, feeling a bit unsure how I wanted this to unfold, but at the same time, gripped. It didn’t take long for the herd to realise what was happening and they turned on the leopard en masse, chasing him off. A small cheer went up in the vehicle as the dazed, young buffalo shook his head and anxiously burrowed into the thick of the herd. Lesson learnt.

The kopjes here are a breeding ground for leopards and guests have a 95% chance of seeing one during their stay at Lamai. In addition, there are two prides of lion in the area. We continued on another 100m or so to the kopje where the lions had been spotted and, just as we arrived, they began making their way down the rocks. It was only about 7am at this stage – we couldn’t believe our luck. We tore ourselves away and headed north to the Mara River in search of the wildebeest.

Soon, we found ourselves driving along the spectacular Mara River. The round, eroded rocks slowly started to dwindle in number as the banks became muddier. Then we saw a group of around 300 or so wildebeest and zebra on the other side of the water. They were looking down at the river, contemplating whether to go for it or not. Were we about to see a river crossing?

I was wondering just how long we were prepared to sit there and wait for some action – when one brave wildebeest started tentatively heading down the bank and, suddenly, with much snorting and splashing, they were off. Having crossed, they clambered up the bank and charged passed us. You could almost feel the adrenaline pumping as they continued for 50m or so, before stopping to catch their breath.

Turning our attention back to the river, we spotted one poor wildebeest in the jaws of a massive crocodile. The monster gripped the victim’s back left leg but it was too shallow to pull it underwater. After much yelping and patience, the wildebeest somehow hopped up the bank and re-joined the others. Witnessing two lucky escapes in one day was so exhilarating and a stark reminder of how fragile life is out in the bush. We were very fortunate to see a crossing so late in October and it was a real privilege to finally see it in motion.

Dusk in the Serengeti

It’s possible to get out on foot from Lamai, so one evening, we set out with an armed ranger and guide for a walk. Our guide pointed out some of the smaller curiosities of nature all around us, such as a nest of ostrich eggs, skulls, medicinal plants and various insects. As our shadows grew longer in the evening sun, we spotted a table bearing bottles of gin, wine and snacks, with some nearby rocks on which to sit and soak in the the vast, orange sunset over the plains.

Later, while I was showering, I heard the unmistakable guttural roar of a lion, which sounded as if it were right in front of my room. It was right in front of my room. When the askari (night watchman) came to escort me to dinner, he illuminated a majestic male just 10m away. Then he shone his torch round to the right and there was another one near the path to the main dining area. Thankfully, they both decided to move on and I – rather gingerly – followed the askari to the bar for a much-needed drink and a delicious three-course dinner. What a day!

There is now a two-hour, direct flight from Kogatende in the northern Serengeti to Ruaha National Park in Tanzania’s wild south, making it even easier for us to arrange an extraordinary safari that combines these two fantastic, contrasting destinations.