Why I loved Kenya’s Laikipia Plateau 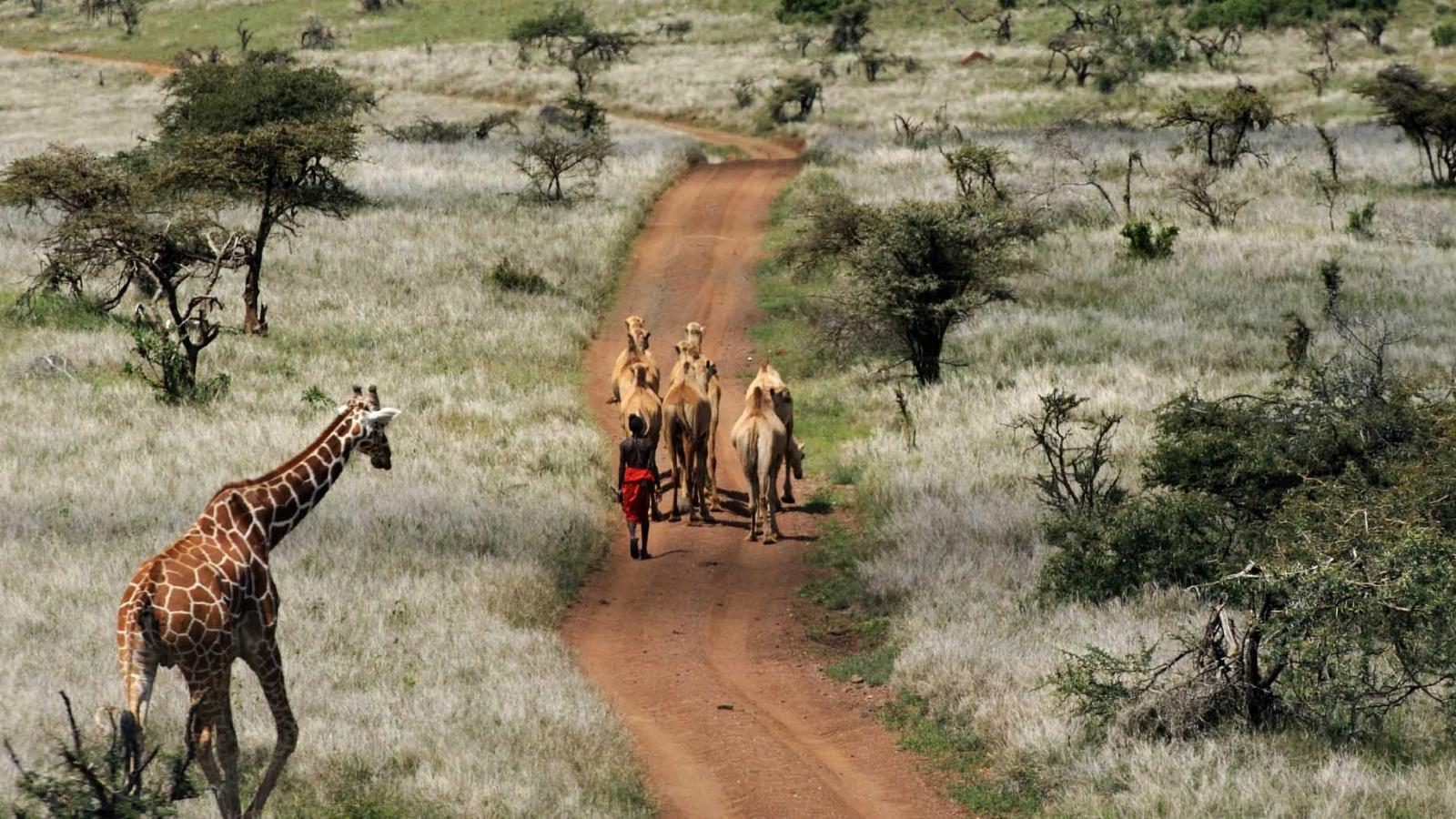 Savannah Varty explores the incredible Laikipia Plateau and is overwhelmed by its wonders.

Despite having spent time in Kenya before and having a reverence for the country – especially for the Masai Mara, where many of the stories that I had heard took place – I had little connection to the Laikipia Plateau. This changed for me when I jumped into researching my trip, pouring over maps, looking online and reading as much material about the region as I could get my hands on – which, as it turns out, was quite a lot.

Feeling particularly ambitious, and faithfully consulting the cazenove+loyd suggested reading list, I found a website that sold second-hand books and promptly ordered as many as I could. Two weeks later, as luck would have it, my box of books turned up the day before I was supposed to leave. Not to be deterred, I chose a few based on the fact that they were the lighter ones, stuffed them into my suitcase and headed for the airport.

Laikipia County lies directly north of Nairobi, and has a fascinating history of myriad people, from all walks of life, finding their way here. Many of these settled here to farm, with vast expanses of land being put aside for cattle ranching or coffee plantations. What absolutely fascinated me during my time here was the coexistence of domesticated animals and wild. Livestock roams freely, while lions watch lazily from the shade beneath the umbrella-thorn (or Acacia tortilis) trees that dot the undulating landscape.

The views across the land will quite simply take your breath away, with the scenery quite unlike anything I had ever seen before. The contrast to the Masai Mara National Reserve was surreal. Where before there had been rolling stretches of green, grassy plains and the snaking Mara River, now there were groves of fever trees, rolling hills and rocky outcrops. The excitement of discovering as yet unseen animals around every corner was palpable.

The first of the two lodges I was lucky enough to be staying at in Laikipia was Lewa House in the Lewa Wildlife Conservancy. Originally a cattle ranch, the farm has since been transformed into a haven for wildlife. It is, indeed, a world conservation model, particularly in its approach to combating rhino poaching.

What struck me most about being here was the emphasis on family – on a caring sense of unity and history steeped in tradition. Sophie, our host at Lewa House, is raising her family in much the same way as she was brought up. The children are always out adventuring on the land, exploring hidden corners, wading up to their waists in mud to get a closer look at something and laughing and whooping freely when it is time to return to camp. This is the perfect place for families, with so much to do – from leaping off waterfalls into the natural rock pools found in the Ngare Ndare Forest to tackling East Africa’s longest treetop canopy walk or spotting the silky-white flash of a colobus monkey, with the dappled light shining through the trees, during a languid drive back to camp. It is a feeling of whole-hearted contentedness to return from your day out to recount your bush tales over a warm fire and a delicious, home-cooked meal.

This overarching family feel extends to Ol Malo Lodge, which lies to the north-west of Lewa, and was the next stop on my journey. The original lodge was started by Colin and Rocky Francombe, and I have to admit to being slightly starstruck when meeting them, as I was reading I Dreamed of Africa by Kuki Gallmann at the time, in which they play central roles. The ranch now has the addition of Ol Malo House, which is managed by their son Andrew Francombe and his wife Chyulu, along with an incredible team of local Samburu guides and staff. Set staggeringly high up on a cliff, the jaw-dropping vistas are something that have to be seen to be believed. Elephants appeared no bigger than ants below, with sweeping views over the escarpment, giving you the overwhelming feeling of endless sky and space.

The focus at Ol Malo is on adventure and on living life exactly how you want to. There are no set times for anything and you have the freedom to choose what you feel like doing, with far less time on the vehicle. Sitting atop a camel loping through the African bush towards a cool, shady breakfast spot was a dreamlike experience, second only to horse riding across the plateau, keeping a safe distance from the herd of elephants ahead of us in the distance. I loved the slower pace here, which allowed me to spend time reading at what must be the pool with one of the best views in Africa or enjoying the fabulous scenes outside my floor-to-ceiling, glass-fronted room, which felt as if it had been carved out of the rockface itself.

Another huge highlight for me was visiting the nearby school, where they have adopted a highly progressive learning model that embraces both ancient Samburu wisdom and ‘modern’ education. The list goes on – and I will continue to think back to these extraordinary experiences in Laikipia for years to come.

Bush + beach: where to go after Laikipia

Following your safari in Laikipia, nothing beats a stint on the Kenyan coast. Laikipia’s fabulous, owner-run lodges combine perfectly with the lovely villas and boutique hotels beside the Indian Ocean. The country’s eastern powdery, white-sand shores are lapped by the warm waters of the Indian Ocean and there are some idyllic spots. One of our favourites is Alfajiri, made up of three beautiful private houses on Diani Beach called Cliff Villa, Garden Villa and Beach Villa. These properties are owned and hosted by Fabrizio Molinaro and his family, who we have known for more than 20 years, so you can expect to enjoy personal service and a top-notch experience. In our view, Alfajiri is an unparallelled choice for families or multi-generational groups.

Another great option is Kinondo Kwetu, a boutique beach lodge also on a secluded stretch of Diani Beach. This glorious retreat is homely, Kenyan in feel, very comfortable and yet understated. It continues the safari concept on the coast, with plenty of fantastic experiences to be enjoyed, such as horse riding, boat trips, tennis, watersports, yoga and game drives in the Shimba Hills National Reserve. However, this is also a place to just switch off and relax beside the pool. For honeymooners, we recommend the secluded cottages here, but the lodge is equally suitable for families, older couples and groups of friends.