Why should you travel to Tanzania’s remote west? 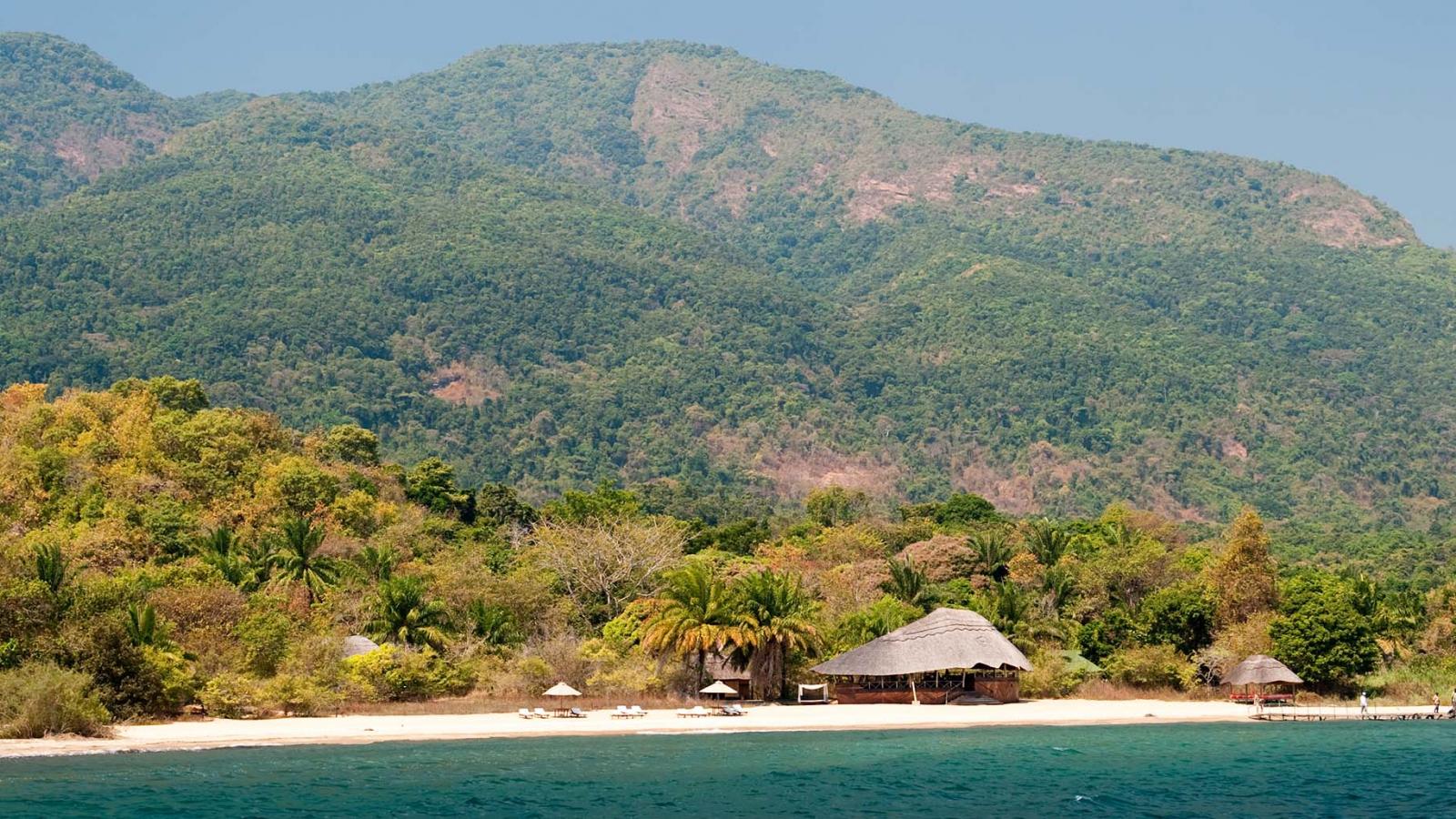 It is worth making the effort to travel to unique places – and western Tanzania is a good example of just that. While a four hour light aircraft flight is not to be sniffed at, we flew over some of the most pristine, wild mountainous rainforest I have ever seen, a real contrast to the dry, open plains of the Serengeti we had left behind. So why should you go to this remote part of the country?

Being home to one of the largest protected chimpanzee populations in Africa is certainly the Mahale Mountains’ main draw, but there is so much more to this secluded corner of Tanzania. The forested hills sweep down to the shores of Lake Tanganyika, the second-oldest freshwater lake in the world as well as the second largest by volume and the second deepest. Most importantly – to those not interested in statistics – it is a stunning place to cool off following a chimp trek and to explore by traditional dhow, enjoying views of the villages that cling to its shores with the majestic mountains as a backdrop.

While sailing along in the charming old dhow that takes you to Greystoke Mahale camp, my family and I were treated to a platter of sashimi caught fresh from the lake, with the added bonus of watching a hippo ‘moonwalking’ along in the crystal-clear water. Never before had I been able to see how agilely these gigantic animals move underwater.

Too soon, we arrived at Greystoke, our home for the next three nights. What an apt name: we did, indeed, feel as if we had arrived on the set of a Tarzan movie. There is nothing over-the-top about this jungle hideaway but it just has that wow factor – cleverly but simply designed to blend seamlessly with its surroundings. All the bandas are hidden among the trees that surround the stunning, sandy cove.

In our opinion, this is the best place to stay if you would like to go chimp tracking. We learned so much on our treks about these primates – who were, of course, the stars of the show – but we also talked about village life and what the forest offers in terms of medicinal support for the community.

Our interaction on the first day was quite spectacular. It seemed a Young Turk was keen to challenge the alpha male, so we soon found ourselves beneath a rather dramatic show, with chimps flying over our heads and branches crashing down so that we had to find shelter. However, it was the noises that I remember the most – deafening screeches from old and young – but as quickly as the peace had been shattered, it was restored, much to our relief.

Our second expedition could not have been more different. We, quite literally, bumped into the alpha male on a well-trodden path, so as instructed, crouched down and watched him pass by. We were speechless and a few of us quite forgot to breathe. It is incredible how humble you feel when you find yourself this close to nature and just how similar some of the mannerisms are between ourselves and these magnificent creatures.

You cannot write about visiting Mahale without mentioning Katavi, as this park is another very good reason to travel to western Tanzania. They are a good combination, as the two parks are just a 30-minute flight from one another but could not offer more contrasting experiences and landscapes.

Katavi continues to be one of the least-talked-about reserves in Tanzania, which is a blessing. A secret gem, this true wilderness exudes adventure and is home to some of the greatest concentrations of big game in the country. Although the wildlife can be quite spread out, the thrill of seeking out the animals – and doing so in the knowledge that no others cars will follow you or intrude on your sighting – is an enormous advantage.

Our favourite camp here, Chada Katavi, lies close to a vast floodplain, bordered by woodland which provide a good variety of habitats for a great range of animals.  It is a wonderfully authentic camp, with just the right balance of comfort and wildness. Lions regularly pass through – and did so on my last visit there, which was truly amazing. We even had to move the dining chairs to clear the path for them!

By the end of the dry season (May to October), Katavi offers something incredible. The park is renowned for the number of hippos and crocodiles who, at this time, are forced to congregate in huge numbers because of the lack of water. We were amazed to see how the crocodiles had dug caves in the sandbanks before going into some sort of a catatonic state to survive and hippos literally piling on top of one another fighting to reach the water. We could not believe how many there were.

October is also a great month for fly-camping – a must-do activity in our opinion – when the skies are at their clearest and the night temperatures are balmy, making it the ideal time to sleep out under the stars. For me, this was an absolute highlight of our stay.

1. It makes sense to use the scheduled flights to western Tanzania. This means you can spend four nights at Chada Katavi, exploring this vast and little-visited park, followed by three nights at Greystoke Mahale, which offers you the chance to encounter wild chimpanzees. This combination is best from June until October.

2. For those who find walking a challenge, we recommend visiting the Mahale Mountains between August and October, when the favoured fruits of the chimps are growing lower down the slopes, so the chance of you seeing them on a shorter walk is often greater – but never guaranteed!

3. We always encourage our clients to visit the local school at Greystoke, as it offers a unique insight into the lives of the children residing on the banks of Lake Tanganyika, as well as the work that the lodge does to support the community.

4. Another good time to travel to western Tanzania is at the beginning of November. At this time of year, it may be hot and humid but the rates drop, the chimps are still on the lower slopes and the animals in Katavi are competing for dwindling water supplies so are far more concentrated.

5. If you have time, why not combine the Mahale Mountains and Katavi with Ruaha National Park and the Selous Game Reserve in southern Tanzania for the ultimate off-the-grid safari experience? This variety of landscapes and wildlife would be truly extraordinary.